Significance of Sociology of Development as a Field

Development sociology is the study of the causes and consequences of economic change in society. The study of development has been one of the fundamental aspects of sociology since the beginnings of the discipline. The competing visions of Weber’s Protestant Ethic and the Spirit of Capitalism (1904-5) and Marx’s Das Kapital (1867) have made debates concerning the rise and evolution of capitalism central to the core theoretical debates of sociology. Analyzing the causes and consequences of development has been the spur that produced the development of Parsonsian functionalism, as well as Neo-Marxist and world-systems based challenges to systems models. Considering the inter-relation between economic development and personal life has stimulated many of our models of demography, notably those of changes in fertility and mortality. Models of migration have been consistently rooted in development dynamics. Analyses of historical transformations of gender roles and gender ideology consistently invoke the dialectical interplay between the forces of economic development, female labor force participation, power within the family and gendered culture. Political sociology has consistently engaged with the role of the state in producing economic development – and the role of economic change in redistributing power among social actors. Economic sociology consistently turns to economic development as the natural setting for tests of its theories.

Development Sociology investigates the practices and processes of social change.  In this sense the sociology of development addresses pressing intellectual challenges: internal and international migration, transformation of political regimes, changes in household and family formations, technological change, sustainable (and unsustainable) population and economic growth, and the production and reproduction of social and economic inequality. 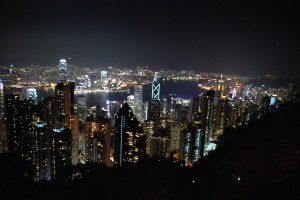 Development is at the center of the sociological enterprise. There is a healthy debate over the relative importance of the material and cultural foundations of development – and with it, society.  The Marx vs. Weber debate on the origins of capitalism stimulated subsequent generations of sociologists to develop their own statement on the material vs. cultural determinants of industrialization and the rise of modern societies. Weberians have looked for the functional equivalents of Protestantism elsewhere in the world. (Eisenstadt 1968) Other sociologists have broadened Weber’s analysis to identify a broad array of cultural and organizational factors need to transform traditional societies into modernizing economies, such as an “interest in material improvement” (Levy 1966), a demand for institutional autonomy that began in Protestant churches but extended into the political and economic realms (Fulbrook 1983), a “disciplinary state” (Gorski 2003), a “manufacturing social formation” (Gould 1987), or a “world culture” (Meyer 1997).

In contrast, scholars who share Marx’s preference for materialist models (Chirot 1985, Collins 1986, Hall 1985) argue for the centrality of power in the formation of capitalism – and the ability of elites to transform economic institutions for their own advantage. Mann (1993) argues that capitalism emerged from the interstices of structures created by actors with social power.  Lachmann (2000), in a comparative study of early capitalist development in Western Europe, finds capitalist development was at first an inadvertent result of conflicts among feudal elites. Wallerstein (1974-89, Arrighi 1994, Chase-Dunn and Hall 1997) emphasize international relations of domination either through market mechanisms or the coercive force associated with empire.  From this point of view Europe’s success came directly from their exploitation and underdevelopment of China and the rest of the capitalist periphery.  In important works, Tilly (1990) and Mann (1993) offer a reminder of the profound relationship of capitalist development to state formation and war-making. “Primitive” capitalist accumulation was profoundly affected by coercion and imperialism.  Sociologists looking at late capitalism would make similar arguments, linking development to extraction of surplus value from the global south, and the use of military Keynesianism to support capital accumulation in the core. (Frank, 1967, O’Connor 1973, Hooks 1991) Teasing out the manner in which these political and economic processes intertwine and operate according to distinct logics is a central challenge for contemporary scholars focused on development.

Weberians have responded to the challenge of developing transnational models by introducing the concepts of globalization and global culture, forces capable of constraining nations and states (Meyer et al. 1997).  Throughout the debate on globalization, which now pervades sociology as a discipline, an emphasis on development remains a central concern.

The sociology of development has been essential component of the sociological study of stratification and inequality. Development sociologists address both national differences

in income per se (O’Hearn 2001) and a wide variety of other indicators of human well being (see Jorgenson et al.’s 2007 examination of environmental inequality on a global scale).  Development sociologists also address spatial inequality internal to nation-states (Hechter 1999; Logan and Molotch 1985; Massey and Denton 1993).   Using both quantitative and qualitative methods, this body of work highlights spatial variation in patterns of inequality and power differences (Lobao, Hooks and Tickamyer [eds.] 2007; McCall 2001; Pellow 2002).

Development has been central to microsociological debates as well. The relevance of development to demographic dynamics is well known and is epitomized in the journal the Population and Development Review.  Feminist theorists, have turned their attention to the question of gender and development, addressing questions of low wage female labor, the rise of gendered labor regimes and migration within female sex-typed occupation. Gender and development scholars also consider the inter-relations between economic change, the family, patriarchical cultural institutions, and women’s mobilization. (Beneria and Feldman 1992, Tiano 1994, Moghadam 2005) The empirical material of development has been so rich that it has been a staple for sociologists working at virtually every level of analysis.

1 Response to Significance of Sociology of Development as a Field